Two more Sibert winners in the STORIES AND STUDIES CENTER this past week:

– 2017 Honor Award:  Giant Squid, by Candace Fleming and Eric Rohmann.  I was looking for information on giant squid (because, why not?) and getting irritated because the books I found included only illustrations NOT photographs.  Well, here is why:  giant squid are tricky to locate.  The first time scientists actually saw a live giant squid was in 2006!  In 2012 (for the very first time), a giant squid was captured on film swimming at a depth of more than 2,000 feet under sea level.  After reading through the book, we confirmed that restaurants do not use giant squid for their calimari menu entrees.  Squid used in restaurants are around a foot in length.  Giant squid are about the size of a bus (and have the largest eyeballs of any living creature on earth) (not that this has anything to do with the dining experience).  We also talked about black squid ink.  Thinking about any sort of squid makes my back shiver.

– 2007 Medal Winner:  Team Moon, by Catherine Thimmesh.  Perfect timing!  We were reading this the very week that marked the 50th anniversary of the Apollo 11 mission.  “Team Moon” focuses upon critical challenges, last minute glitches, and the team of 400,000 focused professionals who supported the project that landed the first men on the moon.  We read about:

We loved finding out why Armstrong and Aldrin shed their oxygen backpacks at the end of their moon walk and left them on the moon:  they needed the room in the lunar module for the moon rocks they were bringing back to earth!  (This book is so A+.)

BTW,  here is something else we learned (via Wikipedia):  the moon is 240,000 miles away from planet Earth and the International Space Station is a mere 250 miles away.  We learned about the concept of “Low Earth Orbit”  (anything that orbits between 99 and 1,200 miles from the surface of the earth).  So, questions:  is the ISS in low earth orbit?  is the moon in low earth orbit? 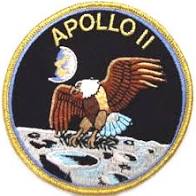 Music to capture the triumph of the Apollo 11 mission –  we were looking for orchestral music that celebrated the can-do spirit of America, applauded the historical achievement, and conveyed JOB WELL DONE:

– Hoe-Down from Aaron Copland’s ballet (1942), “Rodeo” – EXCELLENT SELECTION:  a joyful, rambunctious dance of exhilaration.  A splendid performance by the National Youth Orchestra of the USA (2018):

– Theme from “Bonanza” TV show – EXCELLENT SELECTION:  composed by Livingston, Evans, and Rose for the Bonanza TV show (1959 to 1973).  A short, robust piece brimming with that American confidence:

– And then, HOO BOY:  my son and I took a listen to the #1 pop song of 1969:  “Sugar, Sugar”, by The Archies.  Let’s get this straight – the very same people who could collectively appreciate the magnitude of the moon landing listened to this song enough times to send it shooting up to the top of the “Billboard Hot 100” list.  Maybe we just needed something ridiculously uncomplicated.  “Sugar, Sugar” to the rescue!

Welcome to the best part of my day!
– Jane BH
(story problem answer:  yes, barely.  Granny’s zigzag route to the beauty salon is 38 miles in length)