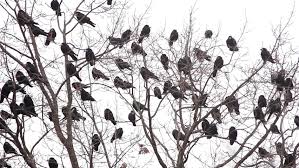 Bird Watching –  There were only about 500 crows cawing their heads off in one of our trees last week, and what did my son and I know about these screeching black beauties?  Not one thing.  The remedy:  Pamela S. Turner’s book, “Crow Smarts – Inside the Brain of the World’s Brightest Bird” (and HEY! we’ve already learned something from the book title).  Written in casual conversational style, Turner’s readers join a field study on the island of New Caledonia to observe these terrifically astute birds.  So far, the focus for judging crow intelligence is TOOL USE.  So far, the crows are using tools (leaf stems) to “fish” for grubs (beetle larvae) nestled in an old log (and I am once again gagging for the cause of scholarship).

“How Animals Build” – A mere sampling of what’s captured our attention from this Lonely Planet Kids book:

Maybe our academic achievement of the year –  OH MY GOSH, we finally finished “The Iliad”.  In our concluding conversation (meaning me talking on and on and my son letting me talk on and on) we agreed that one reason “The Iliad” makes for superior reading is Homer’s surprising fairness in presenting bad and good about both Greeks and Trojans.  First we root for the Greeks, then we root for the Trojans, then the Greeks, the the Trojans – up to the epilogue (vocab) we didn’t know which side Homer favored.  What a long, but instructive read.

Antidote for “The Iliad” – After reading about fatal wounds, hatred, sorrow, revenge, and blood thirsty battle after battle after battle, it is a relief to have our attention captured by an old friend (Tom Gates of Liz Pichon’s series) who’s preoccupied with figuring out how to stockpile caramel cookies and avoid doing homework.  We are smiling our way through “Family, Friends, and Furry Creatures”. 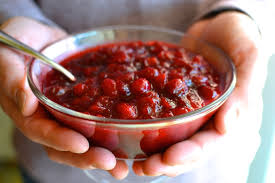 The Cranberry Sauce Story Problem –  Early in November, Le Fictitious Local Diner hosted a FREE cranberry sauce class for all local high school students (so they would have SOMETHING to contribute to the holiday meal besides attitude).  180 students showed up to the class.  If each student needed 1 cup of sugar to mix with the cranberries and water, and there are 2.25 cups of sugar to the pound, how many pounds of sugar were needed for the class?  (to be worked without paper and pencil)
A.  80 pounds     B.  180 pounds     C.  225 pounds     D.  360 pounds  (answer at bottom of post)

Classics rather than Classical – the music to bid farewell to November: