In our quest to learn something about everything, the overly complicated focus of the past week was part of our “Vocabulary of Vocabulary” unit:

“Vernacular” vs. “Lexicon” – which became a little more understandable when we differentiated between the vernacular and lexicon in our current home state of Texas:

Group – Texans
VERNACULAR examples – y’all, bless your heart (meaning “OMG, how stupid is that?”)
examples from the LEXICON – impordant (the Texan way with “important”), fixin’ (meaning getting ready to do something)

Anyway, using the book, “Pirates Magnified” by David Long and Harry Bloom, we had a blast looking into the vernacular and lexicon specific to sailors and pirates of the 17th and 18th centuries: 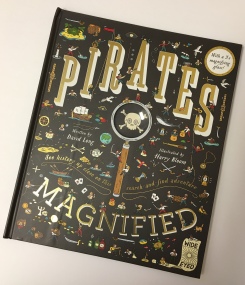 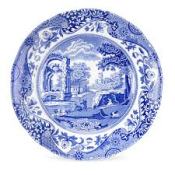 Story problem from Le Fictitious Local Diner – the diner is rife (vocab) with vernacular (slinging hash, mayo, Adam and Eve on a raft, greasy spoon)…How about their “blue plate special”?  For the month of February, the diner’s blue plate special will include a grilled bratwurst smothered in home-made chili, a side of their jalapeño honey corn bread, and a heaping spoonful of the house chunky cinnamon-spiked applesauce.  Each blue plate special is priced at $8 and costs the diner $3.  If the diner sells 100 specials per week, what will be the profit at the end of February?
A. $500      B. $1,000      C. $1,500      D. $2,000 (answer at bottom of post)

The rowdy and the refined – my son and I got so embroiled with pirates of the 17th and 18th centuries that it jarred our brains to think something else might have been going on in the world.  So, when pirates and privateers were wreaking havoc on the high seas (and we learned “the high seas” means “open ocean, not within any country’s jurisdiction”) what was going on in the drawing rooms of European palaces?  How about Vivaldi, JS Bach, and Handel?  What a juxtaposition! (vocab)

– Vivaldi (1678-1741) – we listened to Vivaldi’s “Gloria in Excelsis Deo” (1715). We love this quick paced piece and we’re ready to listen to all performances by conductor and harpsichord virtuoso, Trevor Pinnock:

My, my, what a short post – I have no idea why there was so little material to work with for this blog post. Oh, yes I do:  my son has been in this most trying phase where he is not ready for stories and studies until WAY late (think midnight), so I have regretfully trimmed down our nightly study agenda.  Hope this is a short duration type of phase. (If wishes were horses…)