CANDY – “Turtle in Paradise”, our third Jennifer L. Holm book, is giving my son a glimpse of life in the Florida Keys during the great depression (concept vocab).  No money.  No money at all.  What to do?  With the current emphasis on “Girl Power”, it is almost refreshing to see what a troop of young boys did to earn – well, not money, but CANDY – they banded together to form an exclusive club that tended to BABIES!  Babies????  This group of street-wise boys knew how to calm screaming babies and expertly change (cloth and safety pin) diapers – they even had a secret formula for soothing diaper rash.  AND it was considered an HONOR to be asked to be in the Diaper Gang.  There is so much more to the story than this amusing side theme.  Holm’s books make us glad to be immersed into her world.

CIXI – We’ve recently finished “Cixi – Evil Empress of China?”, another excellent study from the “A Wicked History” series.  Cixi, oh my word – her multitudinous (vocab) self-centered ways provided the final nail in the coffin for the the end of the Qing dynasty (example – all public officials were expected to “donate” – GET THIS – 25% of their annual income to honor her 60th birthday!) (we stopped for a math problem).  While Cixi rebuilt her summer palace, China’s military budget was depleted – leaving the country vulnerable to outside forces.  At the end, my son and I were not completely certain she was EVIL (although there was that “poisoning her enemies” speculation).  OK, she was evil… but evil or not, she certainly was not the right person for the job – she was not interested in being  the leader that China needed.  This book provoked many side conversations.

CHILE – My son and I are in the middle of our South America unit – a DK book about the Amazon rain forest served as an introduction. We are now reading our first Lonely Planet book: “Not-For-Parents:  South America – Everything You Ever Wanted to Know”.  We’ve read about the fancy lady wrestlers of Bolivia, Panama hats (a product of  Ecuador – but used to be shipped to Europe from the Panama canal area. We looked at a map to figure out why these hats were being shipped from Panama), (it is sort of therapeutic to spend a bit of time focusing on hats), the driest place on earth (the Atacama Desert in Chile), and Alexander Selkirk who jumped ship and spent over 4 years on an island off the coast of Chile (inspiring Daniel Dafoe’s story “Robinson Crusoe”).  OF COURSE we have ordered a copy of Robinson Crusoe (duh). 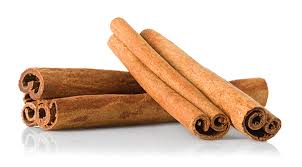 CIDER – Story Problem from Le Fictitious Local Diner – The diner is gearing up for their booth at the town’s “Autumn Daze Festival”.  The diner will be selling cups of hot cider, each garnished with a cinnamon stick. The facts:

You say “Concertos”, I say “Concerti” – All of a sudden, I felt my son needed to be exposed to the full scope of JS Bach’s Brandenburg Concertos.  We had listened to No. 3 several times, but was that enough?  My son already knew the definition of a concerto (for those like my mom, “The Peach”, who have no idea: a concerto is an orchestral work, usually consisting of 3 movements, showcasing ONE particular instrument) (OK, sometimes more than one, but no need to confuse The Peach).  Here is what my son learned:

We listened to all six concertos over and over.  These three selections are so noteworthy:

Brandenburg Concerto No. 2, movement 3 – this is the concerto that puts the spotlight on the trumpet soloist.  Due to the abundance of high notes and the speedy tempo, this is regarded as perhaps the most difficult music to play in the classical trumpet repertoire (vocab):

Brandenburg Concerto No. 3, movement 3 – our fave:

Brandenburg Concerto No. 5, movement 1 – this concerto exhibits the skill of the harpsichordist, in this case, the great, great, great Karl Richter.  I do not see how anyone can watch this man play this piece without thinking THIS IS INSANELY RIDICULOUS.  The solo part is simply exhausting: