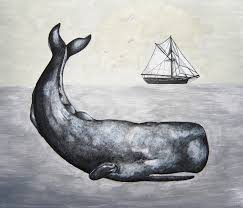 Whale Fall* is one of the concepts we are learning about from Stephen and Anthony Palumbi’s book, “The Extreme Life of the Sea” (professor of marine science at Stanford University, Stephen Palumbi is an undisputed expert).  So far, we have also learned about William Beebe (the first man to descend a half mile into the sea in a ridiculously tiny air-tight sphere), bioluminescence (vocab, AND maybe our most beautiful word of 2017), the challenges of tidal pool living, mangrove forest ecosystems – every topic draws us in.  It is a privilege to study from this book.

*Whale Fall – because you want to know – describes the creation of a deep sea ecosystem, put into place when a whale dies and sinks to the bottom of the sea.  Once my son and I got beyond the grimness, we marveled at the genius of this circle-of-life system. BTW, whale fall has been going on for about 33 million years (and yet, surprise surprise, this is the first I have heard about it. Once again, when I study with my son, we both win.). 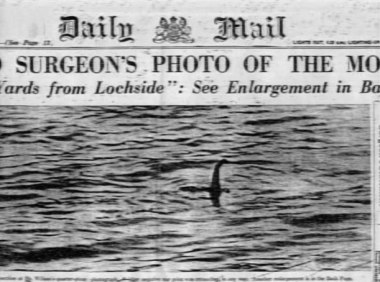 On the lighter side – we are reading “The Loch Ness Monster (Behind the Legend)”, by Erin Peabody.  This well-organized book presents and intelligently refutes the many Nessie legends and hoaxes (HOAXES:  we remembered when we read about the crop circle hoaxes) (who ARE these people who have time to perpetuate hoaxes?).  But back to the book:  yes, we look forward to reading from this every evening. 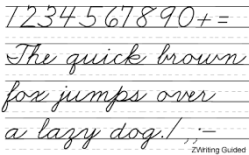 The Cursive Suggestion – I enjoyed a thought provoking conversation with a friend who is finishing up certification requirements for dyslexia therapy.  She said current studies indicate that for some, cursive handwriting is FAR easier than plain printing (loads of documented reasons).  Well, this caught my attention – when I am helping my son write, it is difficult to tell when he has finished one letter and is ready to start another.  Cursive writing might be a solution.  Say no more, we are on it. 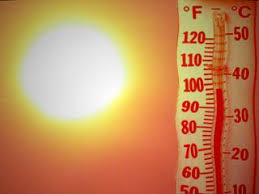 Cooling down at Le Fictitious Local Diner – What with the weather being so hot, the diner’s August marketing strategy is to give every lunch patron a paper fan (with diner take-out menu imprinted) as they leave.  The diner can purchase 250 wood handled fans for $120.  The diner averages 1,000 lunch customers a month.  How many sets of fans should be ordered?  How much will the diner spend on 1000 fans?

Last year, the August promotion (sun visors with diner logo) generated an extra $1,500 in take-out orders.  If this year’s promotion brings in a like amount of business, will the fans be a good use of advertising dollars? (story problem answers at bottom of post)

Looking for a Classical Music Controversy?  Might we suggest trying to differentiate between Rounds, Canons, and Fugues?  Apparently, this is a touchy subject among musicologists.  My son and I know what a round is, so we dug deeper – is a canon a round?  “Yes” by some authorities, “Yes, but…” by others. But OH MY GOSH, when it came to trying to understand the difference between a canon and a fugue – we had no idea that a discussion of these music forms was chock full of confusion and heated controversy.  People, is this necessary????  The comment we are going with:  “Compare a Bach fugue to the Pachelbel Canon and you will instantly recognize the gulf between these two forms.”  OK (I think).

– We listened to Johann Pachelbel’s Pachelbel Canon in D.  Composed around 1700, but sort of overlooked until Jean-Francois Pilliard recorded the piece in 1968.  Then, WHOA, how do you spell ubiquitous (vocab)?  Poor Pachelbel! If only he could have lived to collect the royalties:

– Then we listened to J.S. Bach’s fab Fugue in G Minor, (referred to as “The Little Fugue”) composed around 1705 – so almost about the same time as Pachelbel’s Canon, but SO much more complex.  Originally written for organ, we listened to a performance by the Canadian Brass.  I think listening to each brass instrument makes it easier to hear each melody line of the fugue. This is a short piece (yay) and the Canadian Brass are always engaging:

– Finally, for fun, we listed to Fugue for Tinhorns, the opening number of the 1950’s musical, “Guys and Dolls” (music/lyrics by Frank Loesser).  Ever so many musicologists are quick to point out that this IS NOT a fugue, it is either a round or a canon.  OK, people take your fight outside.  This piece is adorable!

Welcome to the best part of my day!
– Jane BH
(story problem answers: 4 sets, $480, yes!)
PS  There might be a giant time gap until my next post:  family member getting married in 4 weeks!