The A+ Academic Books –

Animalium, by Katie Scott and Jenny Broom
Dinosaur Atlas, by Rooney/Gilleard (Lonely Planet Kids)
Grow, by Riz Reyes
Moon Shot, by Brian Floca
The Extreme Life of the Sea, by Stephen R. Palumbi and Anthony R. Palumbi
The Wonder Garden, by Kristjana S. Williams and Jenny Broom
Professor Astro Cat’s Frontiers of Space, by Dr. Dominic Williman and Ben Newman
Spineless, by Susan Middleton
Why Don’t Woodpeckers Get Headaches?, by Mike O’Connor
Why Do Bluebirds Hate Me?, by Mike O’Connor

The A+ Reading for Fun Books –

A Long Way from Chicago, by Richard Peck
Cheaper by the Dozen, by Frank and Ernestine Gilbreath
Hatchet, by Gary Paulsen
Home of the Brave, by Katherine Applegate
Rules of the Road, by Joan Bauer
Schooled, by Gordon Korman
Surviving the Applewhites, by Stephanie B. Tolan
The Not-Just-Anybody Family, by Betsy Byars
The Wednesday Wars, by Gary D. Schmidt
While Mrs. Coverlet was Away, by Mary Nash
Mrs. Coverlet’s Magicians, by Mary Nash
Understood Betsy, by Dorothy Canfield Fischer
Paddle-to-the-Sea, by Holling Clancy Holling

The Tom Gates Books, by Liz Pichon
Diary of a Wimpy Kid, by Jeff Kinney

My one-on-one teaching philosophy, in case anybody wants to know –

The procurement of books: Here is our situation – my son is so captivated by books that it is impossible for us to leave a library without causing a big fat scene.  So, I purchase every book that we try out. This doesn’t mean we pay full price all the time – I always look through the used book sellers on Amazon, and have bought many a book for as low as one penny, plus shipping.

In addition to the books (if it sounds interesting, we are interested) –

–  magazine reading (The Economist frequently has articles that enrich topics we are studying – or have studied)
–  big calendars (that was our best choice for closely examining the complicated machinations of Rube Goldberg)
–  web sites (duh, Wikipedia)
–  iPad apps (you know we love Professor Astro Cat’s Solar System app)
–  we are on the ready to embrace new topics from anywhere:  we started our unit on Albert Einstein after musing over a “cultivating thought” essay printed on a Chipotle cup…I started looking for material on Napoleon Bonaparte after purchasing a napoleon pastry from a local bakery.  What will provoke learning tomorrow? 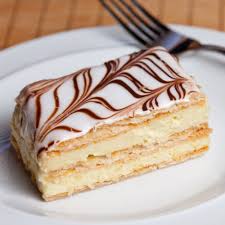