About Hannibal – we are reading from the Wicked History series, “Hannibal – Rome’s Worst Nightmare”.  Hannibal Barca:  an ambitious warrior with strategy skills perhaps surpassing history’s most effective military leaders.  We are currently reading about Hannibal’s most outrageous achievement – crossing the Alps with 100,000 soldiers and 40 elephants.  Interesting fact – when all was said and done – the Alps crossed and the war with Rome over (this would be the second Punic war – and isn’t PUNIC is such a weird word?) – only 1 elephant remained.  (HEARTBREAK)  (but isn’t the painting elegant?  We LOVE it and we’ve ordered a poster of it.)

My son and I wanted to know more, so we also read “Unsolved Mystery: Where did Hannibal get his War Elephants?” from the Ancient Origins website (ancient-origins.net).  This excellent short article: highly recommended.

About Elephants – we are reading from Cheryl Bardoe’s book, “Mammoths and Mastodons – Titans of the Ice Age” (titan – vocab).  Absolutely text-book worthy.  A mini-mini sampling of what we’ve learned:

Large Pictures – Here is an abrupt change of topic:  my son and I love looking at the ridiculous inventions of Rube Goldberg.  However, Goldberg’s illustrations are so detailed, it is difficult for two people to absorb everything while sharing a book.  So, we have found a most useful vehicle for enjoying the engineering shenanigans of Mr. Goldberg:  a wall calendar!  A big calendar page is the perfect size for us to appreciate every nuance of Goldberg’s contraptions. 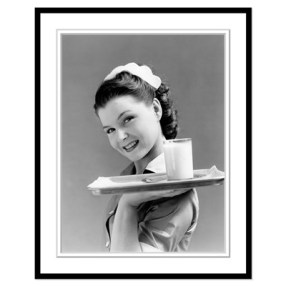 If the diner employs 3 excellent cooks and 5 efficient and really nice waitresses, over the course of 4 years, how many times might each employee be designated as “employee of the month”?  If the recognition comes with an honorarium (vocab) of $50,  how much will the diner budget for this per year, and how much should each employee accrue (vocab) over the course of the 4 years?  Lastly, if the diner spends $15 to get a glossy print of each EMPLOYEE OF THE MONTH, how much will the diner spend on the photos in a year? (semi-trick question:  some employees may be declared EOTM more than once in a year, and there is no need for duplicate photos, no sir, not at $15 a print).  (answer at bottom of post)

The Elephant in the Living Room – music to celebrate the largest terrestrial (vocab) animal:

Welcome to the best part of my day!
– Jane BH