Our study of invertebrates concluded with an in-depth look at hermit crabs, one of nature’s super-star recyclers.  My son learned that hermit crabs take over shells left behind by snails…the snail dies and disintegrates, but the shell remains in prime condition for hundreds and hundreds of years.  As the hermit crab grows, he houses himself in larger and larger shells.  We learned that the posterior of the hermit crab is soft and curvy so it can easily back into a shell (miraculous and yet, a teeny bit repulsive).  We bid a regretful farewell to Susan Middleton’s book, “Spineless”.  Terrific resource.

Our Farmer Brown story problem last night – we calculated the number of stitches in a pair of striped boot-socks that Farmer Brown just knit for himself (seriously, more than 6,000 stitches).

A new unit! Chemistry.  I need a pair of Farmer Brown’s socks because I am quaking in my boots about this chemistry unit.  I did serve as a lab assistant for my high school chemistry teacher, but as I recall, my primary responsibility was to manage donut orders for all of the science teachers. We are using a DK book, so I know the images will be fantastic.  We’ll just see how this goes.

Maestro Matching – I gave my son two matching tests last night – first we matched symphony composers with famous compositions. Then I gave my son a list of composers and he placed them in chronological order.  Yay!  A+. 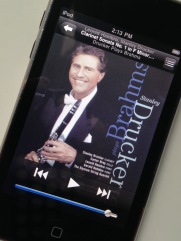