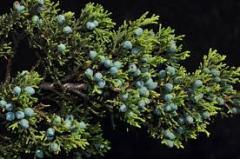 Curses!  January is Texas Cedar Pollen season.  I am sneezing all over the place, much to my son’s displeasure.  He really hates it when anybody sneezes.  Last night we began our STORIES AND STUDIES hour by learning about Juniperus ashei, the super hardy drought-resistant scourge that produces the dreaded pollen (so the culprit is a juniper NOT a cedar) (classic).  AND we read about why people sneeze and why sometimes people sneeze three times in a row (mildly interesting at best, but there is the grossness factor, so that is something).

And so begins our Native American unit –  my son and I are more aware citizens for having read “Jim Thorpe – Original All American” by Joseph Bruchac.  We ended up overwhelmed by Mr. Thorpe’s athleticism and versatility – what a regret that there were no movie cameras used to record this best of the best in football, baseball and track.  This book is as much about Jim Thorpe as it is about Pop Warner, his (law-unto-himself) coach at the Carlyle Indian Industrial School.  YES, THE Pop Warner.  The author presents in an organized, well-researched, and dignified manner the unnecessary debacle that was the Olympic scandal involving Jim Thorpe’s supposed “non-amateur” status.  The author also gives us something else to puzzle over:  as Jim Thorpe represented the USA in the 1912 Olympic Games in Stockholm, bringing home gold in both pentathlon and decathlon, he was not considered to be an American citizen!  It wasn’t until 12 years later, with the passing of the Indian Citizenship Act in 1924, that Native Americans were considered citizens.
If there were ever a “Native American History MONTH”, instead of the embarrassingly paltry “Native American Heritage DAY” (so passed by congressional legislation in 2009) (get this, it is on “Black Friday”) (FOR SHAME) this book belongs on the required reading list.

Well!  After getting all heated up we needed to cool down with a Farmer Brown story problem – “Warm Hands for Farm Hands”– a “compute-this-without-paper-and-pencil” question:
Every January, Farmer Brown purchases new winter work gloves for the 8 farm hands.  He purchases two pair for each man – one pair of extreme-weather gloves at a cost of $35 each and one pair of warm gloves that offer touch screen capability (so they can use their cell phones without taking their gloves off), at a cost of $20 each.  If the cost includes tax, what is the total Farmer will spend to reglove his workers?
A) $280    B) $800    C) $160    D) $440 (answer at bottom of post)

We can’t get enough of Tom Gates!  My son received two more “Tom Gates” books (a series of consistently captivating books from the UK) for Christmas and we were so happy to start reading “Tom Gates – Yes! No (Maybe)” because Tom Gates IS A RIOT.  Here is the type of thing that has us laughing: 1) his grandmother’s latest terrible food offering: wood flavored “crisps”, 2) his neighbor’s dad was formerly in a rock band called, “PLASTIC CUP”.   Tom Gates books manage to be so funny while developing realistic, complicated predicaments that avoid “man’s inhumanity to man” and “coming of age” themes.  They are perfect for my son, and I just love getting to be the person who gets to read them out loud.  Cheers to author Liz Pichon! 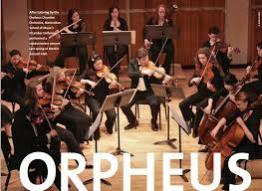 Orpheus Chamber Orchestra plays from Rossini’s “La Cambiale de Matrimonio” (The Marriage Contract), Giocchiono Rossini’s first opera – composed in 1810, when he was 18!  About a minute and a half into this performance you can see the whole orchestra – playing away sans (vocab) a conductor – the overall look is a bit disorienting, but inspiring: