What we are reading now –

“Professor Astro Cat’s SPACE ROCKETS” by Dr. Dominic Walliman and Ben Newman.  My son and I like to keep abreast of current outer space exploration – astronauts, telescopes, space probes – but we have never considered how astronauts, telescopes, space probes actually get into outer space.  This book has the answers  (and who can’t be fascinated by the engineering genius of space rockets?  And we keep laughing about the very first earthly inhabitants to journey by rocket to outer space (FRUIT FLIES) (we actually want more info about the fruit flies – how many did they send?  did they reproduce?  how many came back alive?).  The book’s content is really pared down, but the information comes across clearly (and we haven’t gotten this information anywhere else), so KUDOS Walliman and Newman ONCE AGAIN).

BTW – the books of Ken Jennings and Walliman/Newman always make a big impact with my son. 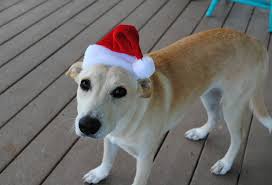 Story Problem – Early in December, Le Fictitious Local Diner cordoned off their parking lot and hosted a Holiday Pet Parade, complete with diner-made treats baked for all participants and a photographer to commemorate the event.  50 families each brought a pet dressed in holiday finery.

My son and I always enjoy a piece of classical music that takes us by surprise with a non-traditional ending –  such as Elgar’s “The Wild Bears”, Smetana’s “The Moldau”, and John Williams’ “The Imperial March”.  To bring 2018 to a sweet ending we chose compositions with quirky conclusions from three different suites: